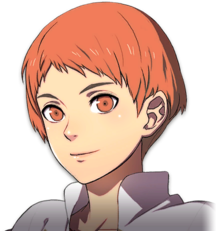 Rivalry: If a male ally is adjacent, unit deals 2 extra damage and takes 2 less damage during combat.
Black/Dark Magic Learn List:
White Magic Learn List:
Unique Learned Abilities/Arts:
Leonie is fast. Very fast. Second-highest base Spd growth in the game, tied with Petra, Ingrid, Manuela, and Mystery Spoiler Man, and only beaten by Yuri. Even on Maddening, she stands a good shot at doubling enemies she comes across.

How's she do at dealing damage with those doubles? Generally, pretty well. 40% Str isn't anything to scoff at, and her high Dex and pretty good Lck mean she'll get a decent base Crit rate going. Hell, she's not bad at taking physical hits either, what with her 40% base Def growth.

For skills and classes... Well, her strengths point squarely to an eventual future as a bow knight. Like, you could just go straight Cavalier into Paladin with her, but...c'mon, she's got strengths in all three of the requirements for Bow Knight. She's also got godsdamned Point-Blank Volley, which lets her murder damn near anything she comes across if her Str growth works out.

I don't have a whole lot else to say about her, really. She's not, like, a fantastic unit, but she doesn't have any glaring flaws either, besides her Res.